Welcome to our new website for all your kaiju news and updates!

My journey as a kaiju fan

Hello everyone and thank you for checking out my website and very first blog post. I decided to write this to give everyone an idea as to how I became a kaiju fan. If you would rather hear the audio version, check out my first episode of my podcast that is titled History of a fan.

Growing up, my father was a traveling photographer that went all over the country. sometimes, he would be shooting in a location that was near central Louisiana (which is where I am from) and my mother, my brother and I would load up and go to his location and it would basically be a mini vacation for the family.

Now back home, we did not have basic cable. We had like three channels and the only other option to watch anything was on VHS, so needless to say, my brother and I were super pumped to be at a place that had so many options to watch tv. Well on one particular trip, we were flipping through channels, and we stumbled upon something that would honestly change my life and that was a showing of the original 1933 King Kong.

I was absolutely astonished and mesmerized by that film, and I became an instant fan and I was set on a path that would eventually lead me to creating a podcast as well as many social media accounts and now a website that is completely dedicated to the genre of kaiju.

My father caught on that I had become a massive Kong fan and he brought home a VHS tape one day that changed that path even further and that tape was the 1962 film, King Kong vs Godzilla. So just like that, I was hooked on the two biggest names in kaiju film. Over the next few years, my father would routinely bring me Godzilla films that he would find and i have a saga on my podcast about those childhood Godzilla films and those films are....

Godzilla vs The Sea Monster

Godzilla: King of the Monsters

And with those films, I became the diehard fan that i am today. thank you to everyone that checks out the podcast and the website. Stay tuned for more exciting kaiju activities! 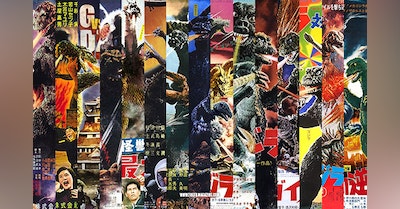 Hello everyone and welcome to another Kaiju Karnage blog post! Today I decided to rank and rate all Showa era Godzilla films. Keep in mind that nostalgia…

Email has been submitted.